Giving Thanks for Pilgrims, Pioneers and a New World 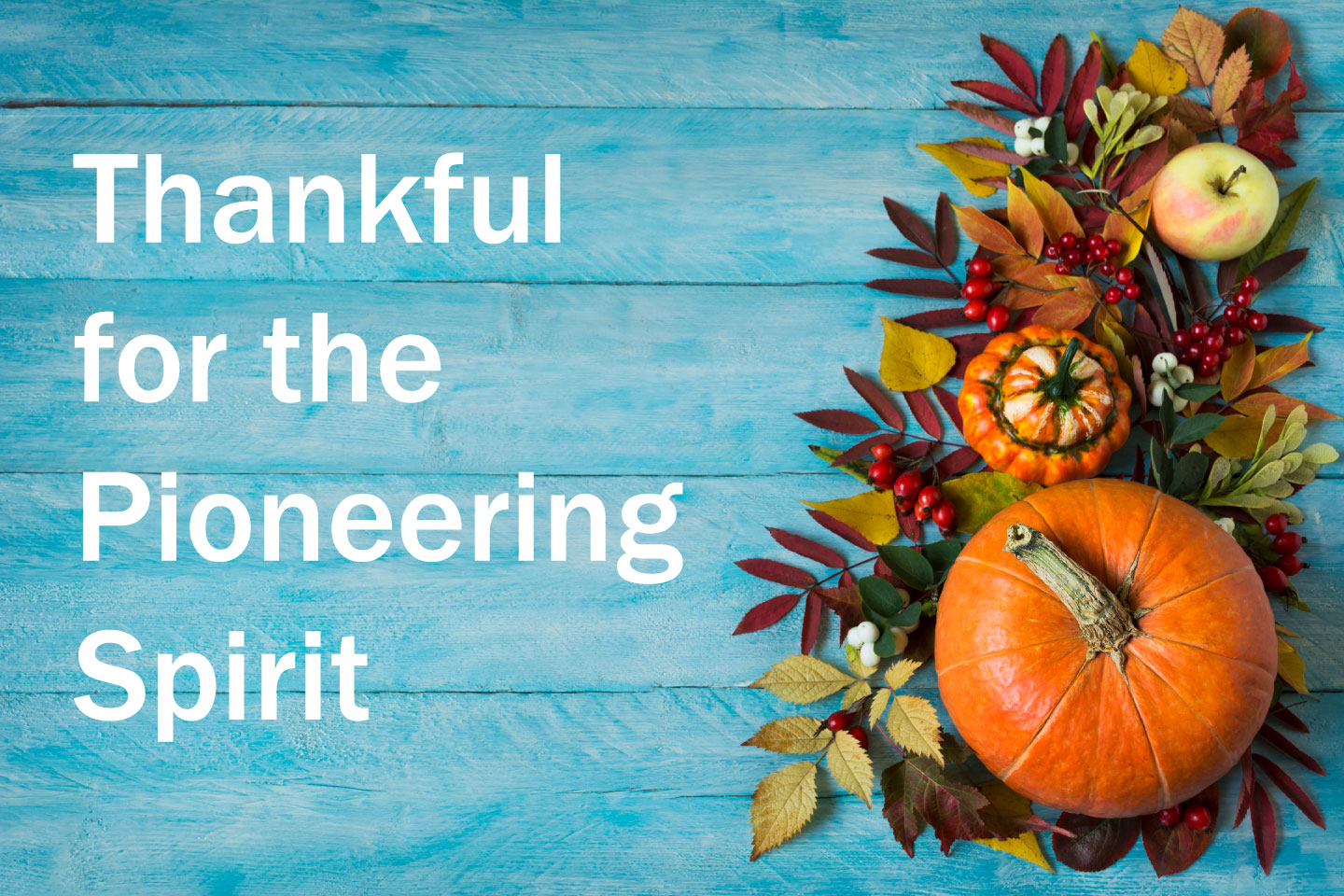 It’s Thanksgiving and a good time to remember the pilgrims. Nearly 400 years ago, a hardy band of about 100 Pilgrims set sail from England on the Mayflower, heading for America. They were willing to brave the perils of the Atlantic in order to fulfill their hopes and dreams of a new life.

After 66 days at sea, they reached land and settled in Plymouth, Massachusetts, where they    established a colony. But their struggles weren’t over. They faced a cold, hard New England winter and nearly half the settlers perished.

A year after their arrival, following the first harvest, the Pilgrims invited Native Americans to join them for a feast at which they gave thanks for surviving their first year. The gathering was the first Thanksgiving, a holiday we celebrate tomorrow.

Throughout history, events that disrupt the status quo spur uncertainty and fear. The Pilgrims disrupted conventions and sought a new world where they could live a better life.  The same could be said of today's pioneers in healthcare.

While our blog doesn’t give us adequate space to profile all of the pioneers for whom we are grateful, we would like to thank the following scientists and researchers who have their sights set on another new horizon, the world of precision medicine. Like those who set out for the new world four centuries ago, they are looking to cure disease and improve the health of patients- no less daunting a goal than setting sail for a new world.

And while those are just a few of the many pioneers moving the needle towards better healthcare, we are thankful for the combined efforts across the healthcare ecosystem.  We are equally grateful to the clinicians, researchers, data scientists, physicists, mathematicians and others who are working each day to unravel human biology, better understand disease progression and match treatments based on an individual’s biology.

So as you gather round the table with family and friends, take a moment to be grateful for today’s generation of “pilgrims” and pioneers who are discovering new drugs, finding ways to improve our health, cure disease and take on new challenges to arrive at a better world.